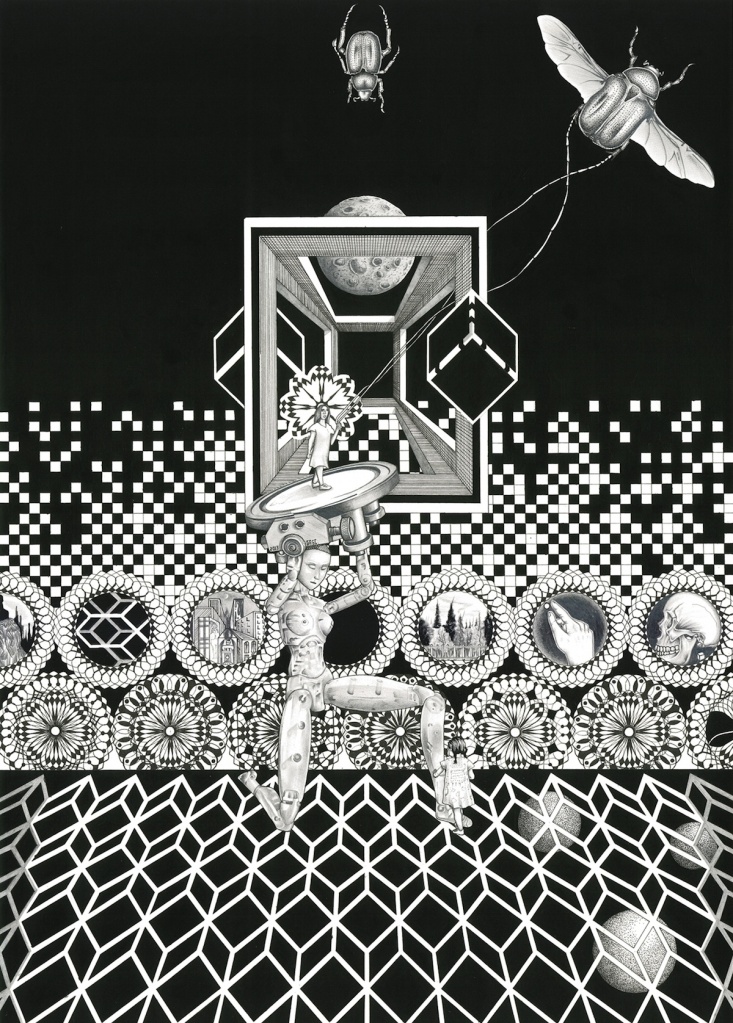 The Unifilter
Acrylic paint, Pencil, Ink / Paper
22 x 30 in
2013
This drawing begins with the division of the space into three sections: a type of sky, earth and underworld. I wanted it to have a connection between reality and fantasy through a series of characters, two realistically drawn girls and an articulated mannequin. The sky is represented as an unknown, immense space where we can just barely see something imperceptible. The earth is condensed into graphics showing the organic aspects. We see the mannequin on a heavy base, where I wanted to reflect the strength of this mannequin for belonging to reality, although it remains expressionless. On the other hand, the girl feels something for the mannequin’s suffering, extending her hand as a show of support. The underworld just looks likes an empty space, perhaps something could exist in the depths, an enigma that inspires us but that we don’t know. In general I used the repetition of patterns and perspective to explore the possibilities of the space